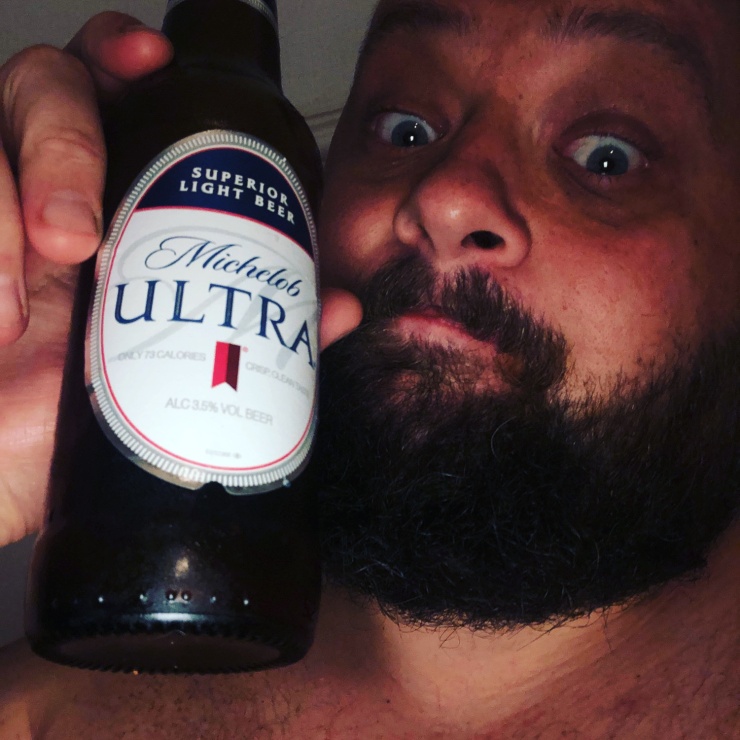 Now many in this audience may be shocked to hear that lite beer, or low calorie beer as it being sold here in the U.K is a rather new phonemon. The reason for this is not because the beer belly is seen as a mark of pride, believe me I’m still working on that but rather we just weren’t ready for it. Well fast forward 30 years and we’re all more health conscious than ever before. Bud lite launched over here last year and somehow it was a success, some people just don’t want nice flavour in their beer I suppose. This beer also made by inbev has come after the top end of the lite beer market. Capitalism at its finest here, you think you have a choice but really there both owned by the same company. It came in a 330ml bottle with a very lite 3.5% APV. This must be how they achieve only 73 calories. It was yellow and lively with the smallest head you’ve ever seen. It had a general aroma of flatness with a quite bland taste and feel in the mouth. This like most of these beers isn’t very good and one i wont be partaking in anytime soon.